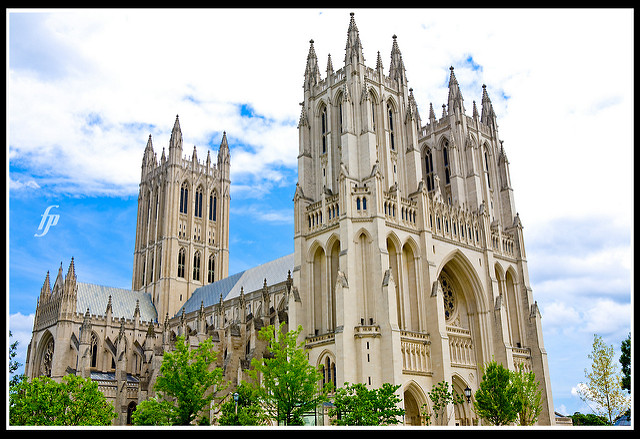 For the first time ever there are no Protestant justices on the Supreme Court. The Court consists of six Roman Catholics and three Jews. The head of the Judiciary, Chief Justice John Roberts, is Roman Catholic. The leaders of the Legislature are Speaker of the House John Boehner, a Roman Catholic, and Senate Majority Leader Harry Reid, a Mormon. The second member of the Executive is Vice President Joe Biden, a Roman Catholic.

Republican presidential nominee Mitt Romney is a well-known leader in the Mormon Church, and his running mate Paul Ryan is Roman Catholic. The Republican contenders for the presidential nomination were similarly diverse. In addition to Mitt Romney, the field included another Mormon, Jon Huntsman. The two top challengers for the nomination were Roman Catholics—Rick Santorum and Newt Gingrich. One would have to look to the second tier of contenders to find the Protestant candidates Ron Paul, Michele Bachmann, Herman Cain, Rick Perry, and Tim Pawlenty.

The composition of our political leadership is a sure sign that religious diversity is an accepted fact of public life. Not only do we see inter-religious variety in the aggregate, we see it in the individual leaders themselves. Barack Obama embodies this trend. Born in Hawaii to a white Protestant mother from Kansas and atheist Muslim father from Kenya, his religious journey included a childhood indifferent to religious practice, eventual membership in the United Church of Christ in the congregation of Reverend Jeremiah Wright, and ultimately his current unaffiliated status. Although not a member of any particular church since assuming the presidency, Obama speaks often about his religious beliefs.

Barack Obama may sound like a mainstream Protestant today at age 50. But he did not arrive at this destination in the same way as his predecessors in the presidency, born and raised as Episcopalians, Congregationalists, Unitarians, Presbyterians, Methodists, and Baptists. Faith in America is now chosen as much as inherited. It is significant that two of the leaders mentioned—Newt Gingrich and Clarence Thomas—are converts to Roman Catholicism. Harry Reid is a convert to Mormonism. George W. Bush—Obama’s immediate predecessor—was raised Episcopalian, became a Methodist upon marriage, and has spoken publicly about his mid-life spiritual awakening after an encounter with the Reverend Billy Graham.

This remarkable acceptance of spiritual change and religious difference is evidence of the flowering of religious liberty. But it is also a source of tension. In recent months we have seen various breaking points to the ideal of tolerance, ranging from the controversy over the proposed mosque and Islamic cultural center in the vicinity of the World Trade Center to recent concerns raised by Michele Bachmann and others in Congress over alleged connections to the Muslim Brotherhood by serving officers of the United States government.

In this election cycle, “faith-based” candidates have been vocal in expressing a sense of dislocation. Rick Perry vowed to end “the war against religion” saying “there’s something wrong in this country when gays can serve openly in the military but our kids can’t openly celebrate Christmas or pray in school.” Herman Cain said that “the American dream is under attack,” and “we are fighting back with our faith.” In a moment of uncommon candor and clarity, Rick Santorum said that watching the now iconic 1960 speech of John F. Kennedy on faith and politics made him want to “throw up.” Santorum seized on Kennedy’s use of the phrase “absolute separation” as the source of his disgust. His reaction resonated with voters who seek to bring religious values to the public debate.

Santorum’s nausea was not entirely misplaced. A doctrine of separation, absolute or otherwise, puts the faith-based approach in a secondary role. Even so, Santorum misunderstood Kennedy’s intent. Kennedy was not giving up on religion as bulwark of democracy. As the first Catholic candidate since Al Smith to have a legitimate shot at the White House, Kennedy had to be explicit in explaining how his faith informed his identity and yet did not dictate his political positions. His statement was positive: “I believe in an America…where no religious body seeks to impose its will directly or indirectly upon the general populace or the public acts of its officials, and where religious liberty is so indivisible that an act against one church is treated as an act against all.”

Kennedy’s commitment to restraint and protection was a far distance from denying voice to religiously inspired leaders. His view was consistent with the American political tradition: to keep democracy safe for religion, no single religious view should prevail in any particular circumstance. Many Republican voters sensed Santorum’s overreach. It was Santorum, not Kennedy, who was out of step with the founders.

The Protestant and Deist founders built America on the Enlightenment virtues of reason, autonomy, accountability, and the capacity for self-correction. The reason for the separation of powers in the Constitution was their recognition that moral certainties and concentrations of power were likely to lead to excesses. Popes and kings were not admired. Today we should ask ourselves if the virtues of humility and rationality will remain intact for another generation—especially as they relate to the issue of religion in public life. There is reason for hope. The remaining candidates for president seem to understand the challenge.

In 2007 as he began his first campaign for the presidency, Mitt Romney gave an address on faith and politics emphasizing the theme of religious liberty. Religious liberty has many enemies, he suggested; its biggest being the intolerance exhibited by religious believers themselves. As a member of a religious minority that has seen its share of persecution, Romney is especially well-positioned to deliver this message.

Romney reminded his audience that “Anne Hutchison was exiled from Massachusetts Bay, a banished Roger Williams founded Rhode Island, and two centuries later Brigham Young set out for the West. Americans were unable to accommodate their commitment to their own faith with an appreciation for the convictions of other faiths.” This problem was addressed in the Constitution where it was agreed that there would be no established church and free exercise of religion would be a basic right. Since then, America has been “a land where reason and religion are friends,” and “we welcome our nation’s symphony of faith.”

For Barack Obama, faith and reason are natural allies, not antagonists. Inspired by Lincoln and the theologian Reinhold Niebuhr, Obama has expressed a moral vision that aspires to pluralism. In his 2011 address to the National Prayer Breakfast, the president summarized his view in one sentence: “I pray that God will show me and all of us the limits of our understanding, and open our hearts to our brothers and sisters with different points of view; that such reminders of our shared hopes and our shared dreams and our shared limitations as children of God will reveal the way forward that we can travel together.”

American voters have affirmed that religion in public life is central but limited. Liberty means freedom to practice any religion consistent with the inalienable rights outlined by the Constitution—including the liberty to be a non-believer. The symphony of faith we see in American politics today is the ultimate expression of our national motto e pluribus unum: out of many, one.

Is Barack Obama the last Protestant? Of course not. He is a link in a chain that has a long history and a promising future. He has been an exemplar of the Protestant virtues that have formed the basis of our republic. These virtues will likely endure as our leadership becomes even more diverse, reflecting the demographic and cultural changes that have already arrived.

← Ethics and War in Homer’s Iliad Peace: What Is It Good For? →