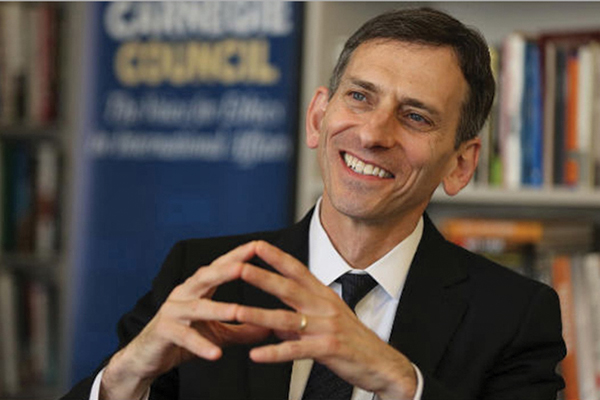 During his tenure as president, the Council has developed its Carnegie Ethics Studio, producing multimedia programs for television, radio, and web audiences worldwide.

The Council’s national and international outreach is led by television broadcasts on MHz Networks (with access to over 42 million households), C-Span Book TV, and CUNY TV (reaching the entire New York City metro area). The Council’s flagship publication, Ethics & International Affairs journal, is published by Cambridge University Press. Its articles have appeared over 1,100 times in hundreds of university syllabi in 28 countries.

As a scholar and teacher, Rosenthal has focused on ethics in U.S. foreign policy, with special emphasis on issues of war and peace, human rights, and pluralism. His first book, Righteous Realists (1991), is a study of Hans Morgenthau, George Kennan, and Reinhold Niebuhr, among other American realists. His edited volume, Ethics & International Affairs: A Reader (Georgetown University Press; 3rd edition, co-edited by Christian Barry), is a compilation of essays from major figures in the field and is widely used in college and university courses.

Rosenthal’s recent writing is a series of reflections on the moral dimensions of globalization, including essays on patriotism, the “global ethic,” and the role of religion in democratic societies.

Rosenthal received his Ph.D. from Yale University and BA from Harvard University. In addition to his ongoing teaching duties, he lectures frequently at universities and public venues across the United States and around the world.